As non-residents of Nicaragua every 6 months Elisha & I are required to leave the country to renew our tourist visas.  Since Elisha’s parents were here visiting and we had friends from Calgary staying at Ocotal beach in Costa Rica the timing for this renewal was great. 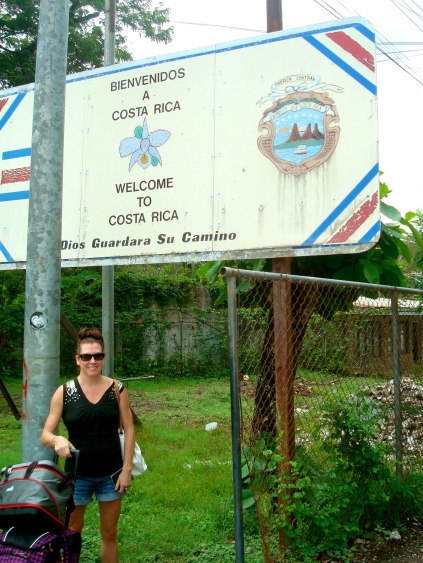 Playa Ocotal is the beach where we got married 5 1/2 years ago and Playas del Coco was the place that inspired Elisha & I to move south – so as you can imagine we were quite excited about a return visit. 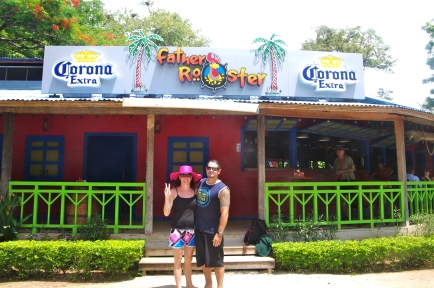 Father Rooster Restaurant where we held our wedding 5 1/2 years ago!

When we arrived the changes we saw in the town of a Playa del Coco were more than we had expected.  Once a quaint one-road fishing village with a few restaurants and shops Coco now has a luxury gated community that resembles what you would see in a Canadian or American golf course community. 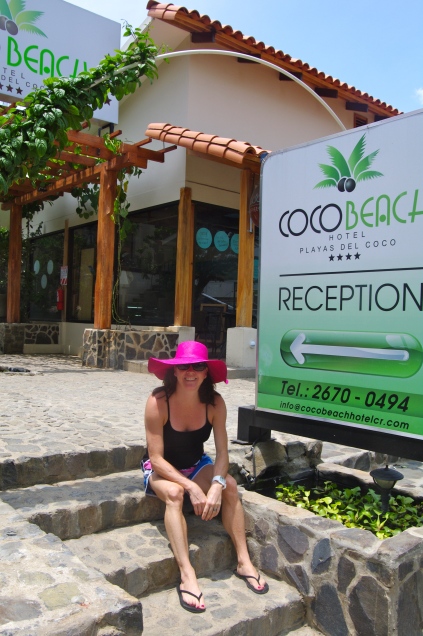 Although many of the same restaurants from our last visit are still there, most have been “gringo-ized”.  Gone are the rough support posts and corrugated roofs that used to be the norm for beach bars.  Everything is more polished now, including the waterfront.  The row of buildings that used to be on the beach has been demolished and replaced with a boardwalk and park area.  The changes are nice, but Coco now lacks some of that rugged charm we so fondly remember. 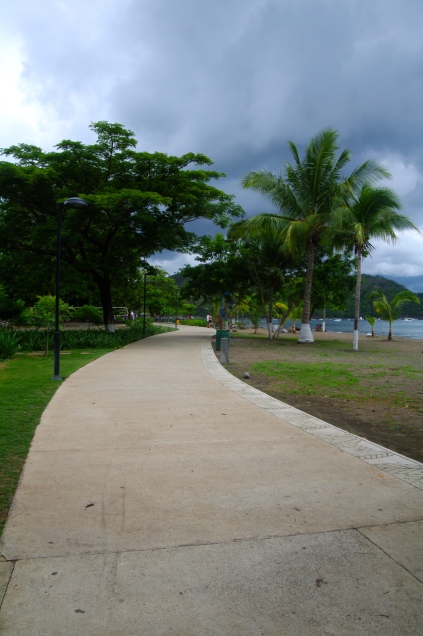 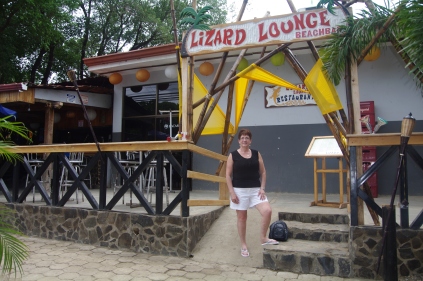 The Lizard Lounge by day… 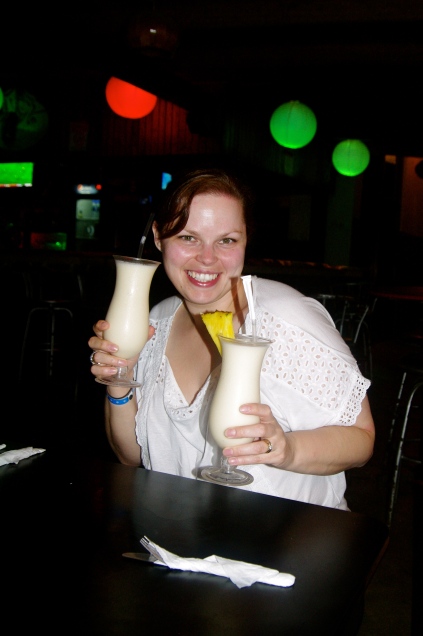 While in Coco we saw more tourists and expats than locals and with the prices in the area I understand why.  Food and drink costs are pretty much on par with what you expect to pay in Canada.

One afternoon we had lunch at Father Rooster.  It’s the one and only beachfront restaurant in Playa Ocotal and the place where held our wedding reception.  We had an appy to share, 4 meals and 6 beer and our bill came to a whopping $96 USD. 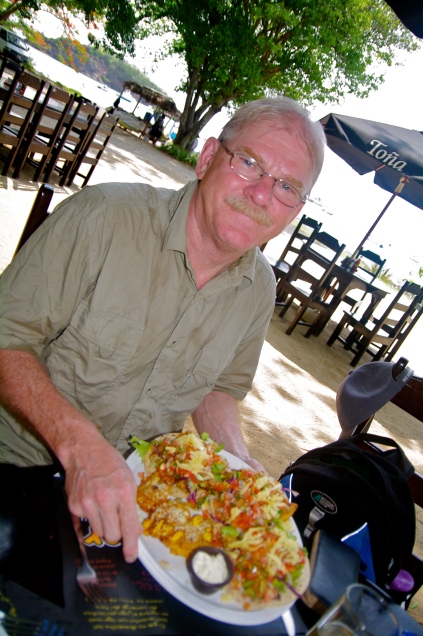 The portions were large, but unfortunately so was our bill!

Two days later we had a similar lunch at Henry’s Iguana Beach Bar & Restaurant in San Juan del Sur, Nicaragua.  The damage for this one?  Just under $40 USD. I noticed a pizza place in Coco advertising $2.50 USD beer – like it’s a deal. Hardly!  I rarely pay more than $1 USD for beer in Nica.

Oddly enough the prices of accommodations in Playas del Coco and surrounding area are similar to those in Nicaragua.  I suspect it’s probably due to overbuilding and subsequent saturation of the rental market.  We chose a large, beautiful two bedroom apartment over looking Ocotal Bay as our place to call home for 3 days.  We were very comfortable at La Loma del Atardecer. 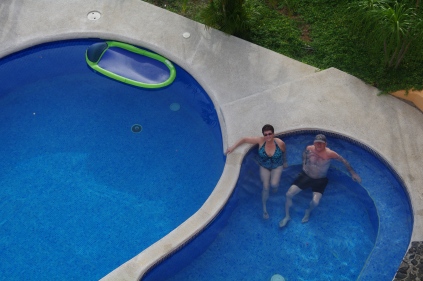 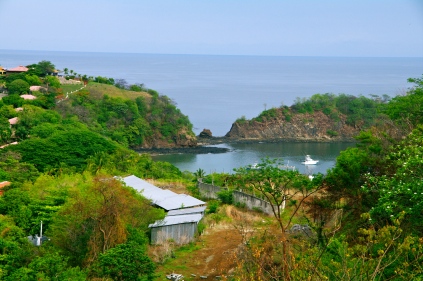 The view of Ocotol Bay from our apartment

It was a 200 meter walk down the hill to the beach where we spent some time relaxing and snorkelling. 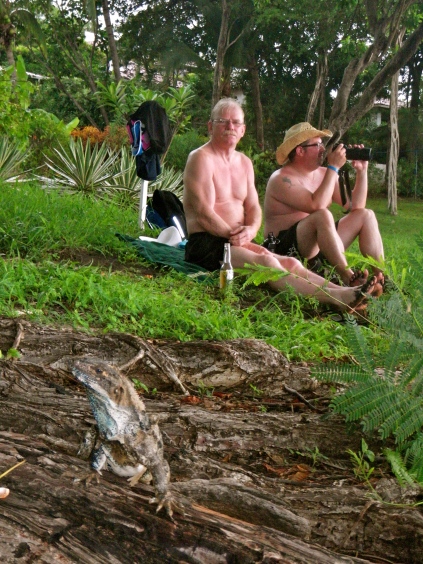 Sharing the beach with a lizard.

One thing that hasn’t changed  in Playa Ocotal is the snorkelling.  Right off the shore, a few feet into the water you can see a plethora of fun sea creatures.  3 out of the 4 times I went into the water I was lucky to be able to swim with some eagle rays.

Unfortunately the one time I didn’t see the rays was when I took our friend Beverly out for her 1st ever snorkelling adventure. Although we weren’t able to see the eagle rays we still saw a good assortment of sea life. 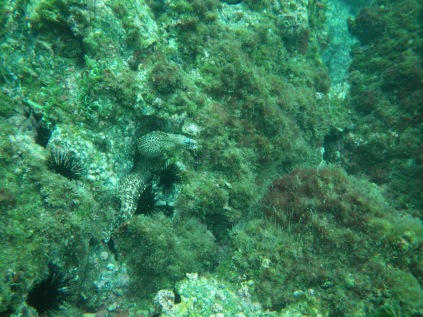 The six of us sitting around our apartment in the evening playing Scrabble felt a little surreal to me.  It was almost like being back in Canada…until I looked out the window. 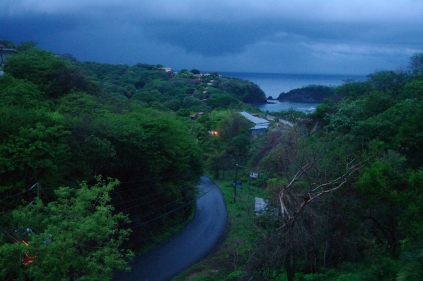 Elisha’s parents take the game of Scrabble very seriously. Since her arrival in Nica Elisha’s mom, Rose had been trash talking about winning the first game on our new Scrabble board.  To her surprise Beverly handed out a crushing defeat! Wanting to go out on a high note, Beverly didn’t play the next night which meant Willard and Rose didn’t even have a chance to vanquish their defeat. 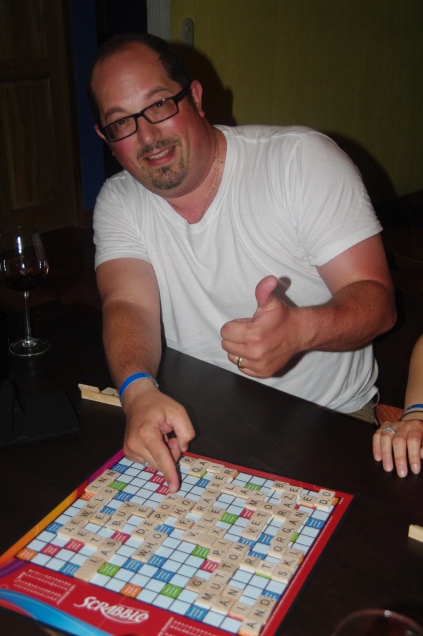 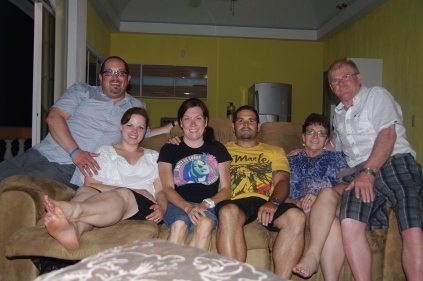 It was a good trip.  It was great to see Beverly & Torey and nice to check out the area again, but I have to say it sure feels great to be back home to Nica!

Fishing isn’t an activity that I would normally spend a day doing, but Elisha’s Dad Willard is an avid fisherman so we couldn’t bare to watch the fishing boats leave the dock in San Juan del Sur without jumping on one.

While in San Juan we stayed at Gran Oceano hotel for $52 per night.  The rooms were small and basic, but very clean. 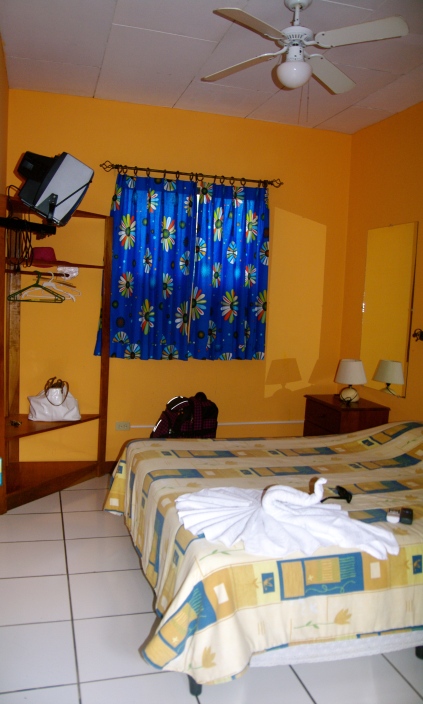 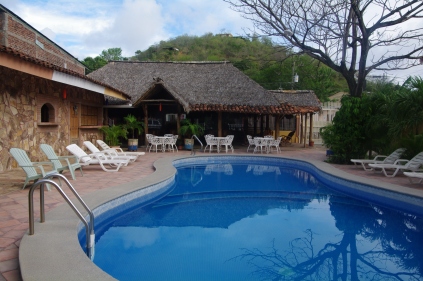 Hotel Gran Oceano has huge outdoor garden and pool that was perfect for relaxing while being entertained by Reuben the Yellow Naped Amazon parrot.  He could say “hola” and laugh – which he especially liked to do after biting you.  He could also cry like a baby. 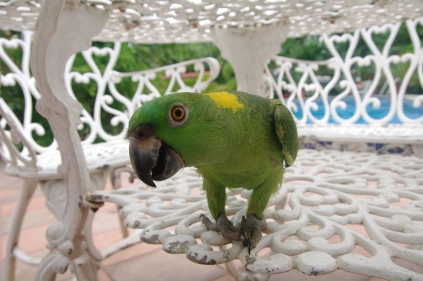 Gran Oceano offers fishing charters at a cost $300 for 5 hours for a boat that can take up to 6 people.  The trip typically ncludes a meal, snacks, beer and soft drinks but since the Gran Oceano boat was already out, the owner set us up with a friend of his at a discounted price of $200. We had to supply our own beer and food, but felt $200 was a real steal.  We were in Playas del Coco, Costa Rica just the day before and the same package was $800. 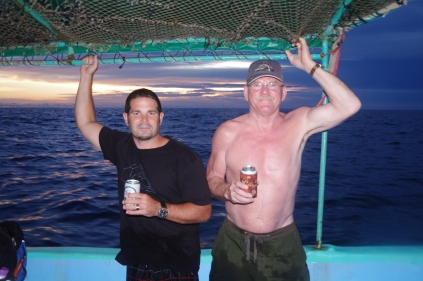 Sailfish are currently in season.  With the Gran Oceano boat bringing in 4 sailfish and releasing 2 marlin the day before we went out we had high hopes.  Our day started out slow but once the fish started biting the Captain could barely get one fish filleted before we hooked another. 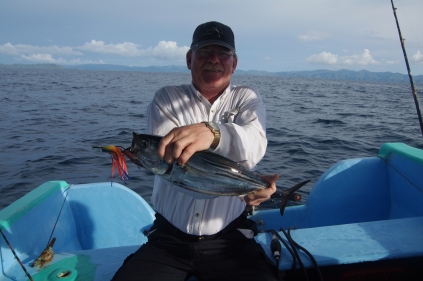 Willard reeled in the 1st one! 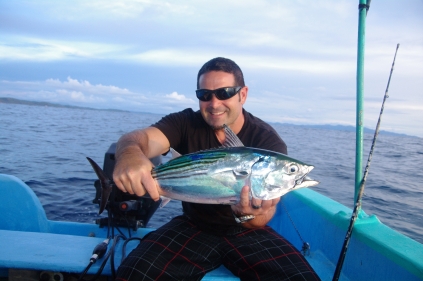 I hooked the next. 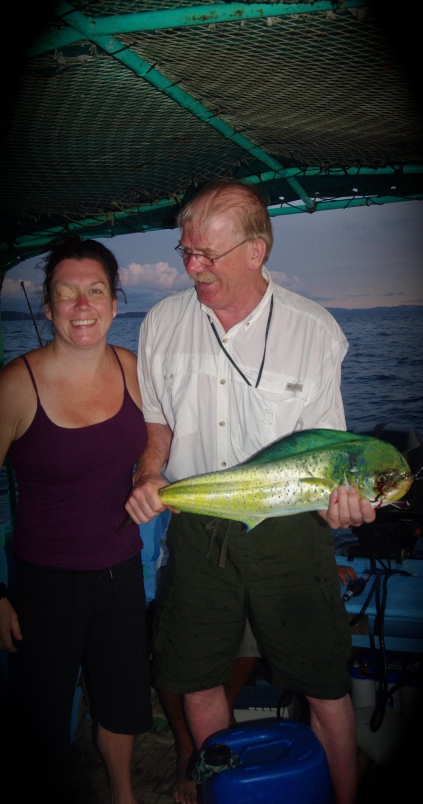 Willard and I pulled in 4 yummy tuna and Elisha brought in a nice dorado.  She did very well considering this was her first time ever deep sea fishing, she had only one eye and Willard, the Captain and I were all yelling instructions at her in two different languages.  Unfortunately we weren’t lucky enough to catch any sailfish on this trip, but we sure had a great day out on the ocean!